By 23 | Uncategorised | No Comments

NMSDC’s Board Chairman, Joseph Hinrichs, stated, “On behalf of the NMSDC Board of Directors, we are pleased to have a leader of Adrienne’s caliber join our team. This is an exciting chapter for NMSDC and I have no doubt that Adrienne’s skills and experience will help shape the future of our organization.”

In her statement, Ms. Trimble said, “I am honored to be taking on this leadership role with NMSDC and look forward to ensuring our organization and our stakeholders remain positioned for sustainable growth and success.”

Adrienne Trimble’s appointment marks a unique, significant milestone in NMSDC’s long and close relationship with Toyota. Ms. Trimble led the company’s Supplier Diversity initiative from 2005 to 2012, where she directed the development of essential supplier relationships with Toyota’s North American operations and diverse businesses across the country.

“All of us at Toyota are especially appreciative that NMSDC has tapped one of our outstanding executives, Adrienne Trimble, to be its president,” said Al Smith, Group Vice President of Social Innovation, Toyota Motor North America. “This is a singular opportunity for her and for us, and as such demonstrates Toyota’s commitment to NMSDC and minority supplier development.”

Mr. Hinrichs, in his statement, thanked Ms. Trimble’s predecessor, NMSDC Interim President Louis Green, noting, “We also thank Louis Green for his service and for helping us stay on track during this important transition.”

By 23 | Uncategorised | No Comments

“This is the only event of its kind to bring corporations and Aboriginal and minority-owned businesses together to offer opportunities for one-on-one meetings to build business partnerships,” said Cassandra Dorrington, President CAMSC.  “There are also a number of workshops, panel discussions and various networking sessions.”

The Fair kicked off with a networking reception, sponsored by BMO.  It featured an African youth dance troupe and welcome remarks by Jeff Leal, Minister of Agriculture, Food and Rural Affairs. The highlights of the Fair included SD Talks featuring representatives from Walker Law, Topnotch (recruitment agency) and LA Metal Stamping. The speakers shared the challenges they faced and the lessons learned on the road to success in supplier diversity.

All levels of Canadian governments participated in this year’s Diversity Fair. The panel “Navigating the Government Procurement Process” provided valuable information for suppliers who were willing to learn all the ins and outs of doing business with governments. Tracy MacCharles, Minister of Government and Consumer Services, recognized CAMSC’s effort of advancing economic growth of the Canadian supply chain through the inclusion of Aboriginals and Minority suppliers.

The Fair concluded with the popular Meeting Marketplace, which provided corporate members with the opportunity to meet and recruit prospective Aboriginal and minority-owned suppliers. EY, FCA, GM, PepsiCo, TELUS, Toyota, and RBC were among those potential buyers that suppliers had the opportunity to meet. More than half a billion dollars’ worth of business is contracted annually by CAMSC’s members and the Fair is a major forum to start business partnerships.

Came all the way from Uganda, Suubi Music and Dance Troupe kicked off the reception at the Diversity Procurement Fair 2018

Representatives of small businesses had a chance to network and build relationships with the corporate procurement professionals during the Meeting Marketplace appointments.

CAMSC (Canadian Aboriginal and Minority Supplier Council) is a non-profit organization created in 2004 to advance the economic strength of Aboriginal and visible minority communities through business development and employment. CAMSC’s mission is to facilitate business relationships with Canadian corporations and supplier organizations owned by Aboriginals and minorities. Since its inception in 2004, corporate members have spent more than $3-billion with CAMSC certified Aboriginal and minority-owned businesses. Visit www.camsc.ca. 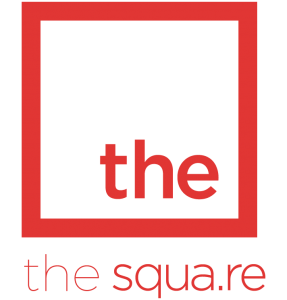 By 23 | Blog, Uncategorised | No Comments

Name of the Company: thesqua.re

thesqua.re is  a tech enabled global accommodation marketplace that provides four star corporate and serviced apartments in key cities across the world. thesqua.re manages its own premium residences, with end to end service delivered by world class hospitality experts.

Globally, thesqua.re curates premium and conveniently located residences near transit hubs whilst  providing hotel style services that are managed by world class hosts. thesqua.re is committed to providing a personal service to ensure globally mobile guests feel comfortable in locations across the globe.

No of employees: 160 employees nationally

Global footprint/presence: PSG Holdings has a national presence in Australia

Pacific Services Group Holding (PSGH) was founded in 2011 by Troy Rugless and Shane Jacobs, descendants of the Wiradjuri people, who were the first custodians of central western New South Wales.

PSGH are an established construction company specialising in commercial, industrial, government, defence and education projects. PSGH have a strong reputation for delivering high quality projects on time with outstanding customer service from the initial client contact to completion.

With a turnover of $50 million per year, PSGH has demonstrated its ability to successfully deliver large scale commercial projects. We pride ourselves on gaining repeat business through customer satisfaction.